Hidden Taxes and a Rant on the March to Socialism

It has always amazed me how little people know about how much they are being taxed everyday from the time they wake up until they go to bed. I bet your even taxed while your sleeping. People just go about their mindless lives as long as they have a roof over their head, a nice car and a HD flat screen TV to watch their favorite programming. All this keeps them distracted as the government takes over everything and slowing erodes their personal freedoms. The average Joe and Suzie assume they pay a small percentage in Fed and State Tax withholding in their payroll taxes and a sales tax when they make purchases, and thats about it.

If one would take the time to itemize their purchase habits for the month, you would be surprised that your gross income is taxed at 50 percent or better. They get you everywere you go and every service you use. From the gas you put in your tank, the cell phones, Internet, cable, water, electricity. God help you if you smoke or drink alcohol. All these and more have taxes and user fees from city, county, state and Federal attached. And as more of these save the world spending bills come in to play and all the local municipalities feel the loss of property tax revenues from foreclosures, these hidden taxes and fees will continue to rise while your watching American Idol.

So what got me on this Rant is the Orlando Expressway Authority, who in their infinite wisdom chose to raise all tolls in the Orlando area by 25 cent. Everyone is losing their Jobs, but lets raise the tolls. Just Brilliant!! You have to use the toll roads to get anywere because the city is over crowed and the infrastructure has not been able keep up. They say they need the money to purchase more bonds for funding to widen the roads were traffic builds up at you guessed it...The Toll Plazas. Plenty of concerned citizens try to deter the Authority from raising Tolls, but the inevitable was already decided before public debate. And now in the future they will no longer have to debate it in a public forum before raising the tolls again.

Its bizarro world world out there Shipmates. I cant even make sense of anything anymore.

And now its being said even if the government confiscated all of our earned income for the year,
it would not even come close to paying off the new proposed spending and social programs by the President at the State of the Union Address.

I guess I will just have to pray for the second coming and have Jesus show up and blow the whistle.

"Alright, that's enough!, Everyone out of the Pool!!"

I already pay 50 bucks or more for my Internet pipe and I can get alot of TV and movie programing thru sites Like Fancast, Hulu and Joost. If I could find a live feed of Fox News, it would be a done deal. Probably have to upgrade from my trusty 10 year old Sony Projection TV to a HD flat screen for better clarity and computer friendly hook up.

I'm sure cable companies are not happy about internet programming.

It would be nice if you could just pay like $20 for your favorite 10 channels to a cable operator. One thing is for certain it will be interesting how TV and Internet are integrated over the coming years. 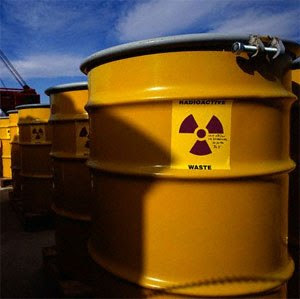 What Happens when you store Nuc waste around Renecks.
You Got It.
REDNECK ZOMBIES!
Warning -Very Graphic!

40 Days Lost at Sea, To Dangerous for Coast Guard Rescue

Inside a Nuclear Submarine